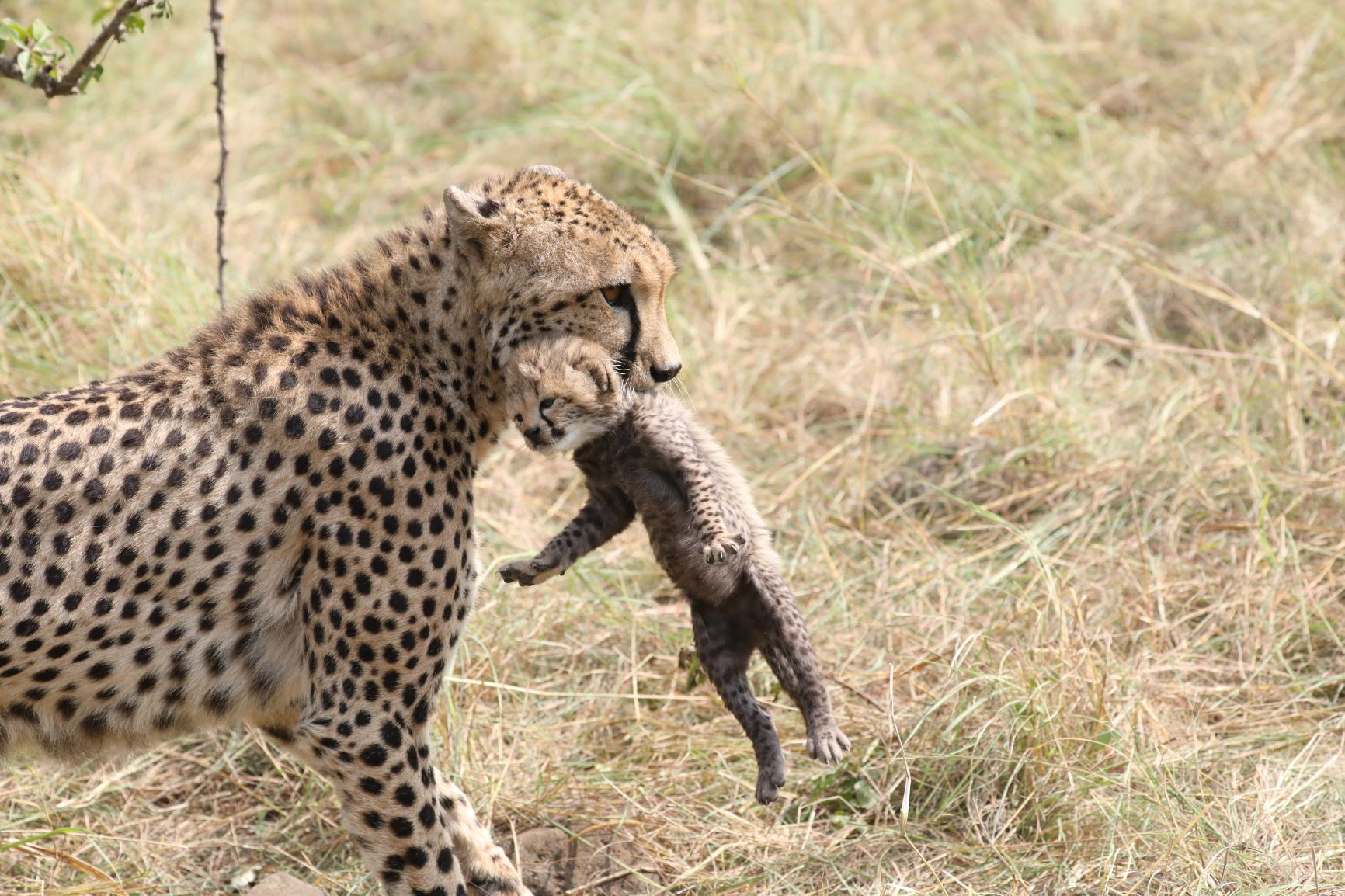 TEST YOUR SKILLS AND LIST ALL THE EURO FOOTBALLERS FROM THIS WEEK’S SPOT. SEND TO marketing@kicheche.com AND THE WINNER RECEIVES A MOUNTED CHEETAH PRINT ILLUSTRATED BELOW. 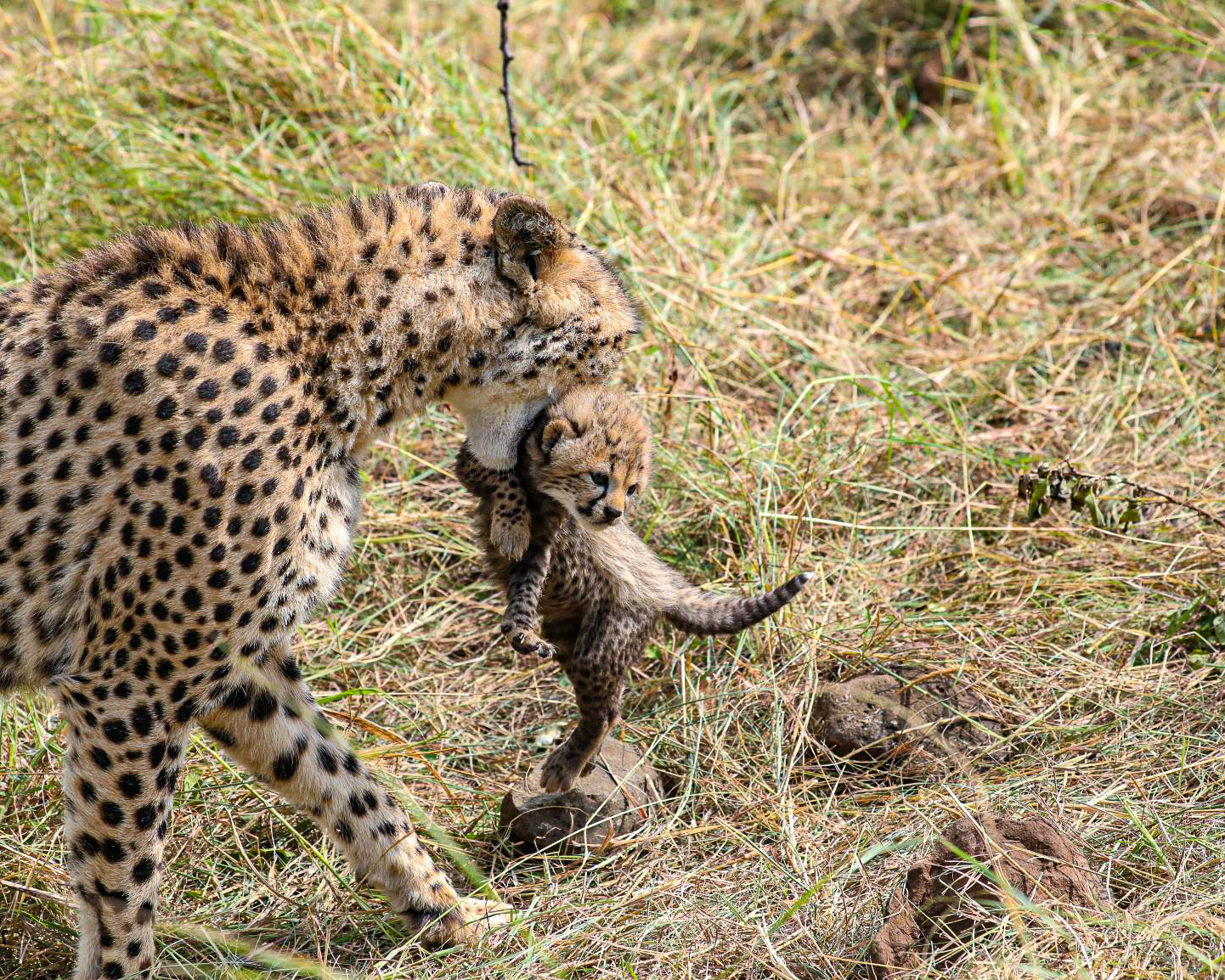 Note to all contestants, some are VERY contrived and apologies for some of the arcane language. All the players will be revealed next week and the winner(s) announced.

Moving house is always stressful, you are unlikely to chill well till long after it’s finished and for a cheetah, they are rarely sure of new real estate.

At this age the cubs are not walkers over any decent distance so as the distant goose and shrikes shrieked the mother played removals. She does not appear confident on a very grassy paddock and does not want to trip. Ear to the ground she picks the first up and moves it to a temporary home, a faux den.

She had already lost one to a buffalo who had not a jot of compassion in dispatching the poor cub. 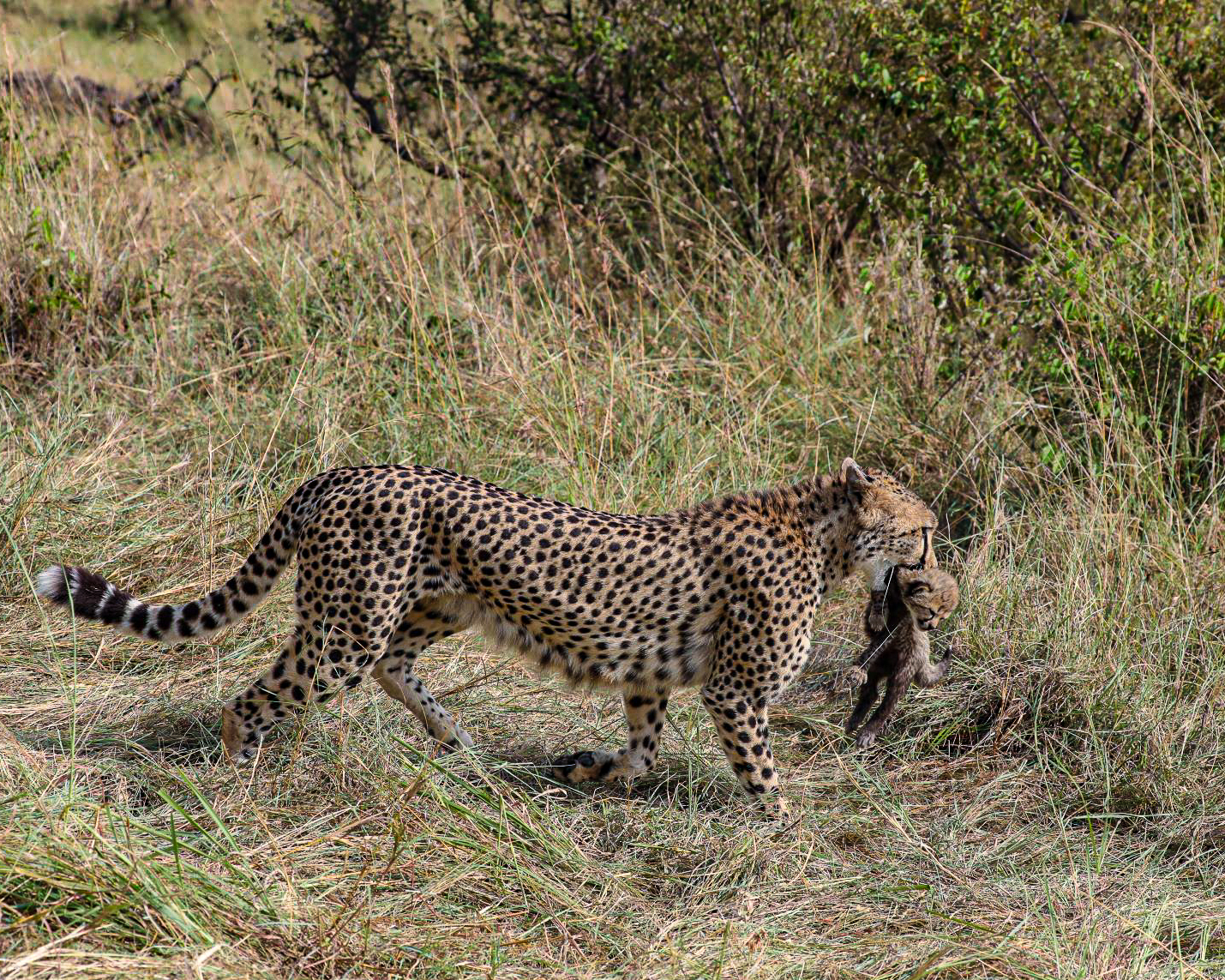 Moving five is a mountain to climb a real rod on her back. She dropped one twice but fortunately, it was caught twice . There is nothing saccharine about this hazardous journey James recorded as she paused, immobile between each journey. She can’t use a removal fleet of lorries or wicker baskets or cribs.

Mr Nampaso returned with elated guests, Darren greeted him: ‘top work old son’ before going to the kitchen for a chat with the number two chef. Once the sous check was completed he went to watch the game, having instructed the football fraternity not to lock a telly in their tents but use the staff common room one. Within moments they were cheering ‘my choir in good voice’ he thought.(Almost there now!). He mixed his cacao drink and settled down for a different sort of game.