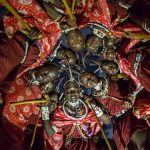 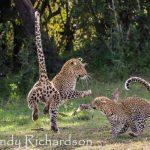 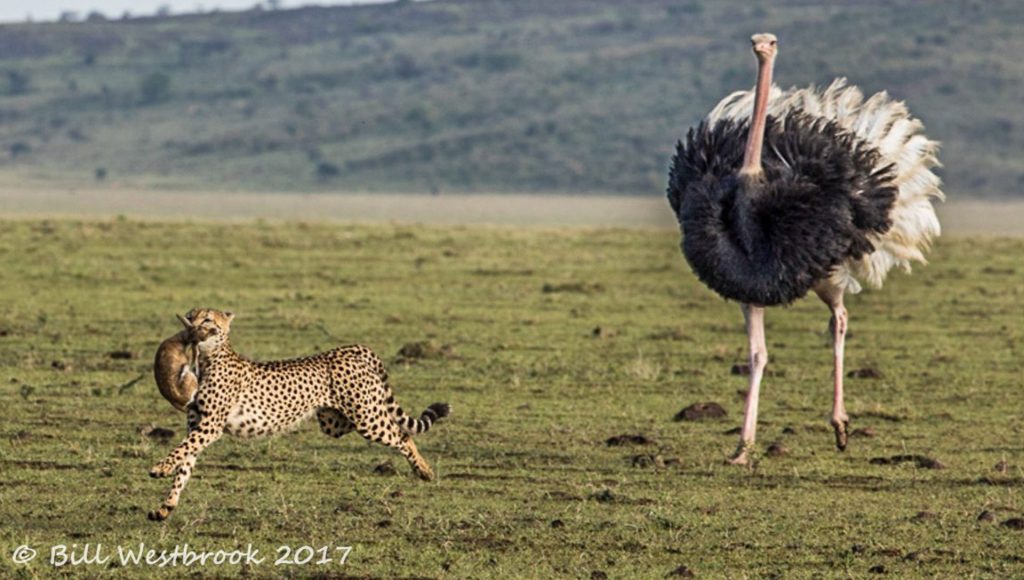 The thrill of the chase is generally viewed after a lengthy vigil, seeing four separate episodes is surely a little greedy even for people who have visited over 20 times … This from Bill and Barbara:

‘We received a call from camp to say that a cheetah had been seen near the staff quarters, so Nelson took us there and sighted her on the far side of the plain near Nyumbu.   Two bat-eared foxes took off as we approached her and the cheetah, later confirmed to be Musiara’s daughter,  gave chase.  She caught one of them but it adopted a defence stance, which involves (as we now know) pointing its backside at the predator and raising its tail so as to look as big as its size allows.  It worked.  The cheetah seemed nervous at what it had encountered and moved away.  A pair of ostriches had been attracted by the commotion.  The male ostrich decided to chase the cheetah, and so both took off at speed.  The cheetah never seemed to be seriously at risk, but ostriches are fast and capable of sustained speed so we feared for the cheetah.  The ostrich seemed content having chased the cheetah from their patch.  Life then returned to normal for the cheetah.   But then a tommy fawn broke cover.   The cheetah ran it down and caught it, immediately provoking the ostrich into chasing it for some reason.  The cheetah then took of having secured secured a meal.   And peace returned to the Mara. We both then took a breath

All this occurred over a period of about twenty minutes!  Not your normal day in the Mara.

We are often asked why we return so often, by acquaintances, and sometimes even by other guests!   The answer: no two days are the same!” 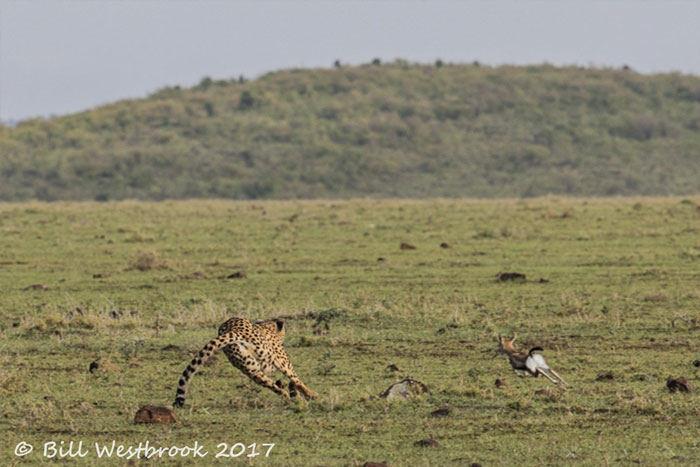 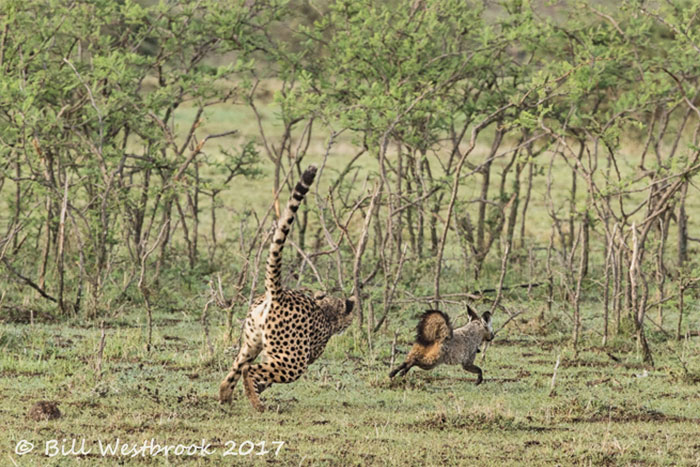 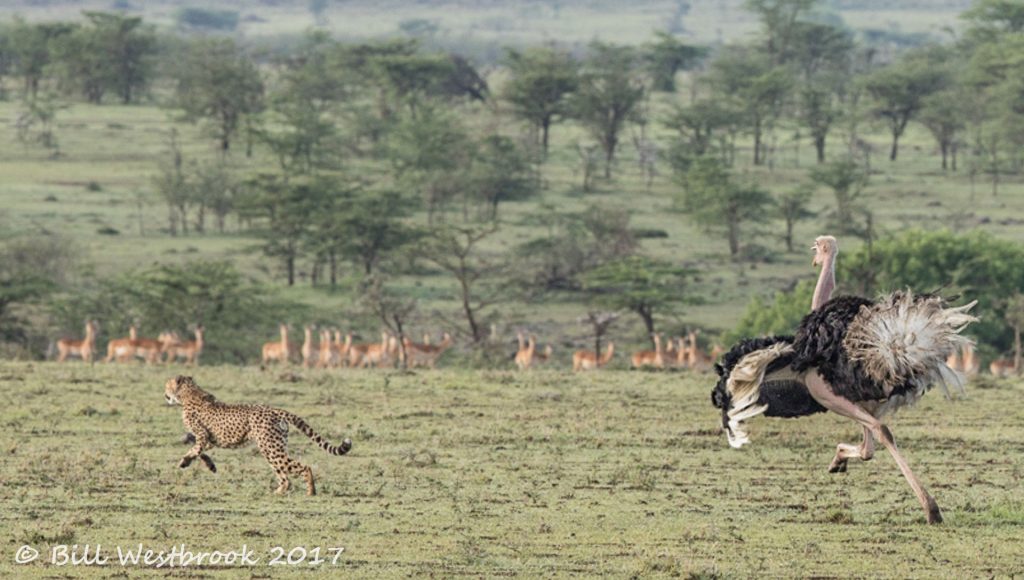