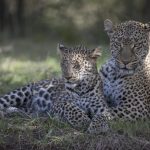 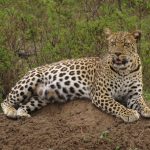 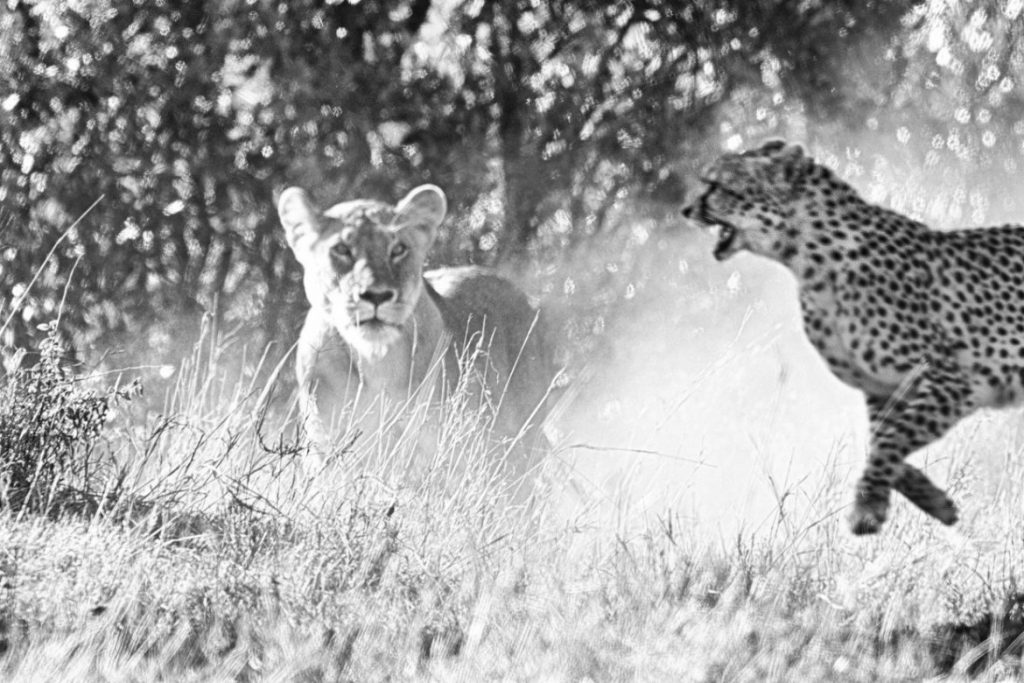 Last week one of Kicheche’s favourite son’s witnessed a remarkable act of bravery from one of the Mara’s favourite daughters.

Kyriakos Kaziras, on week five of his six week Kicheche safari, joined James Nampaso to watch Malaika crossing the Talek river with her two cubs. As the cheetah family drank at Double Crossing lioness appeared on the opposite bank. The spotted felines were unsighted and vulnerable and as the cubs ascended, the tawny female ran after the cubs. 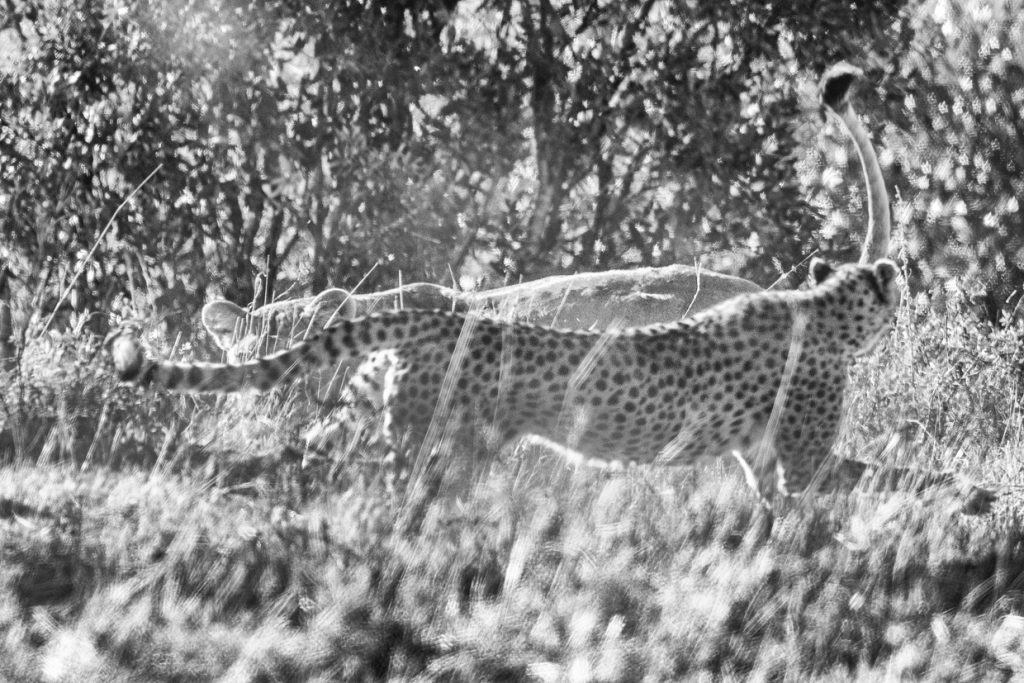 Malaika then charged straight down the barrel at the lioness resulting in a courageous face off between the mis-matched cats. The cubs scuttled off to the right as the bantam-weight Malaika led the heavyweight adversary to the left.

Kiki saw them all together minutes later. James was so concerned for the youngsters, he didn’t even pick up his camera.

Cheetah mothers have an incredibly tough time raising their cubs and cannot just deposit them behind an impregnable wall (Mexican or otherwise), when they go hunting,  so sometimes have to resort to extraordinary shows of bravery. The lion’s expression seems to say ‘just who do you think you are, the cat’s mother?’. 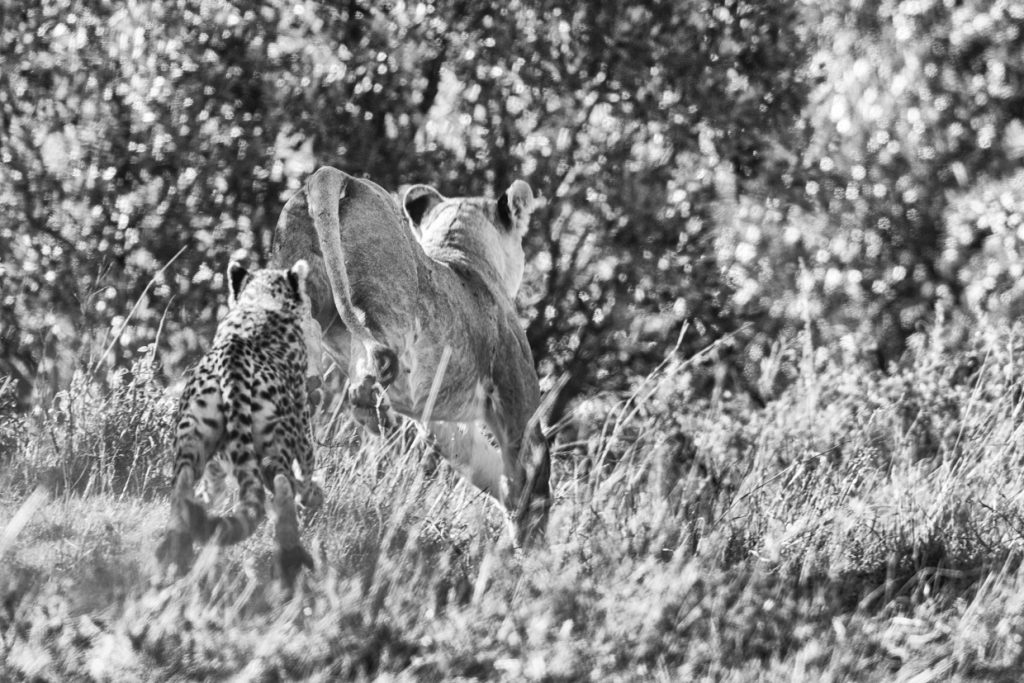 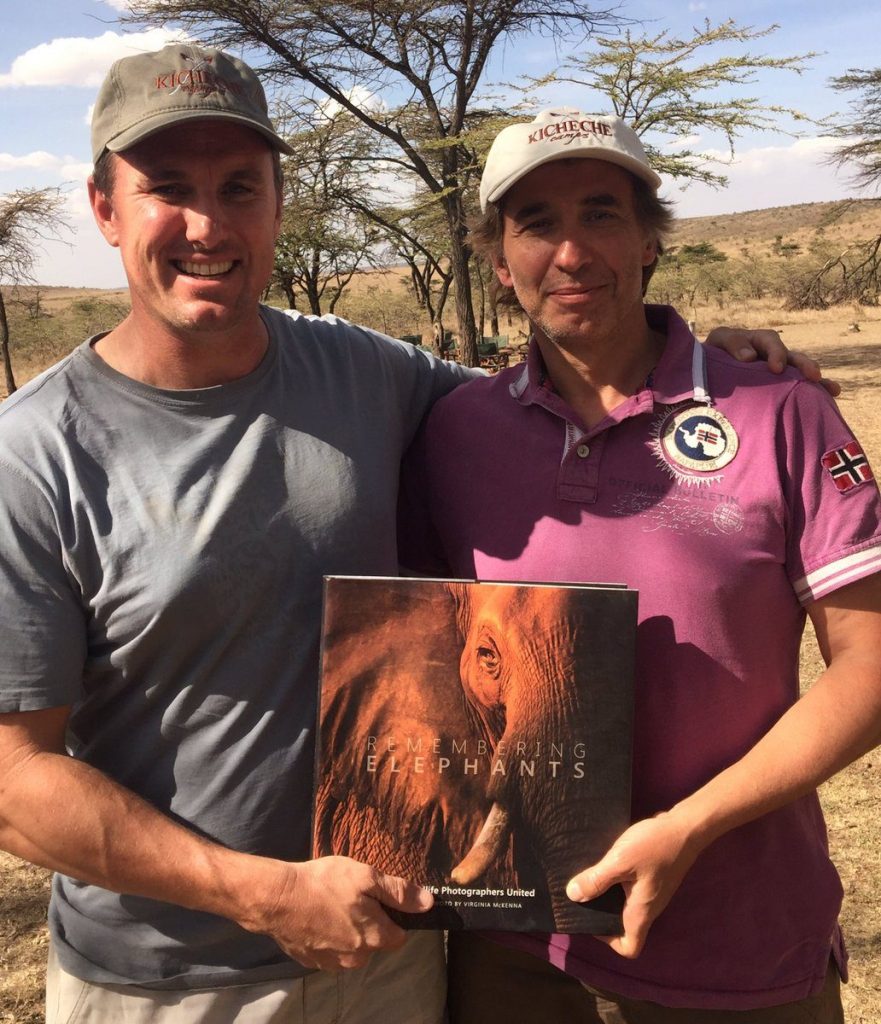 Would you like to be part of the story? book your safari here